The final closing date for AEAF Awards entries is coming up fast on 30 June. Enter your work now – don’t miss out. Be sure to check out the latest beautiful entries. 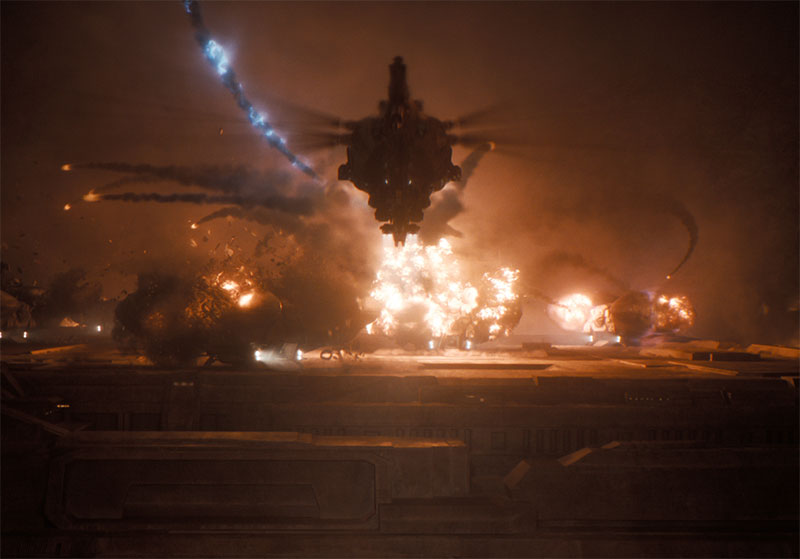 The final closing date for AEAF Awards entries is coming up fast on 30 June. Enter your work now – don’t miss out. The Entry Form is here, and send any questions to .

Check out the latest beautiful entries. One of those in the Feature Film VFX category is the Academy Award-winning work DNEG completed for ‘Dune’. Led by Production VFX Supervisor Paul Lambert, the DNEG VFX team contributed to 28 sequences and nearly 1,200 of the 1,700 total VFX shots in ‘Dune’. 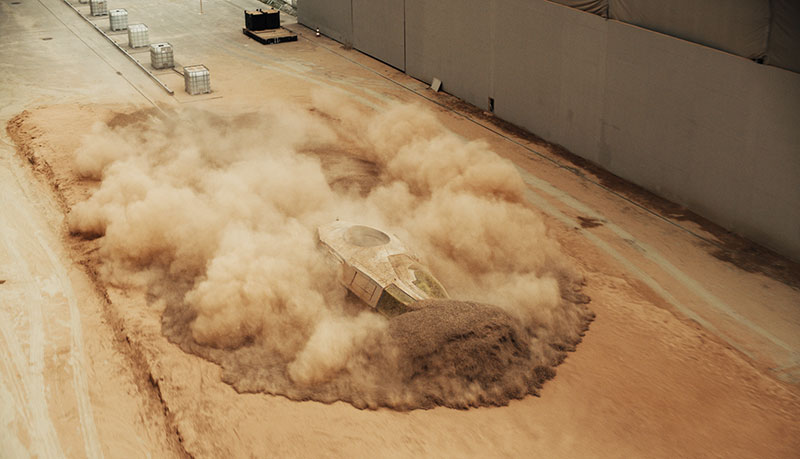 Realism in the environments was the priority for the production. Nearly all the effects you see, from vehicular and air craft movement to explosions, are based on real, in-camera elements, which helped the compositors tremendously with integration of CG elements later in post, especially in terms of lighting and dust behaviour. Even the keying screens were sand coloured instead of blue or green, which produced natural reflections and spill of colours onto the characters and the environment, and helped control the varying tones and luminance.

The endless sand dunes, continually ploughed by the story’s massive sandworms, are deceptively simple-looking series of Houdini simulations. For most sandworm shots, for instance, the effects artists began with a desert landscape in which the dunes had been created entirely in Houdini. Scale was an on-going issue for the team – vast interior and exterior environments, grains of sand, real people and sandworms. 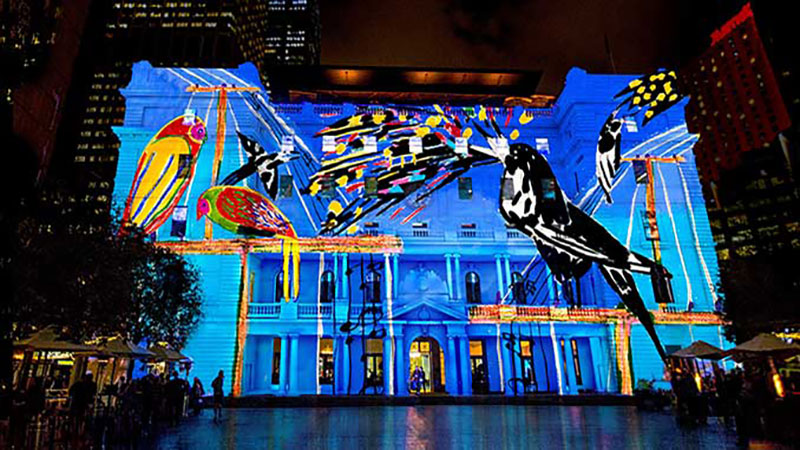 This year at the VIVID Festival of Light in Sydney, Spinifex Group focussed on the artists creating the work. The team has entered two of their projection projects, created by two very different artists, into AEAF’s Live Event Installations category. One is by famous commercial artist Ken Done whose love for Sydney spans 80 years. He has been the city’s chronicler, exploring every facet of its life and continually revealing something new. Also a master of colour, Ken captures the joy of the city in this story projected onto Sydney’s Customs House to celebrate the city, its best known places and natural environment – foreshore, harbour, sea and sky – as seen through his imagination.

A second projection is a fantastical world called Ninget Universe, bursting with creatures, inventions and planets as imagined by an 11-year-old boy growing up in Sydney – projected on the ASN Clock Tower. Luca French visualises the ideas of diversity and integration to celebrate all walks of life, and imagines life in extraordinary ways. Luca started making stop-motion videos before he started school, eventually leading to the bold, colourful characters seen here.

Luca supplied the artwork, and the Spinifex team then took the many vignettes and scenarios, strung them together and laid them onto building maps. Some scenes, like the rocket and end scene, Luca drew on an iPad directly within the building outline template. Spinifex traced the characters to produce editable shapes which the animation team brought to life. 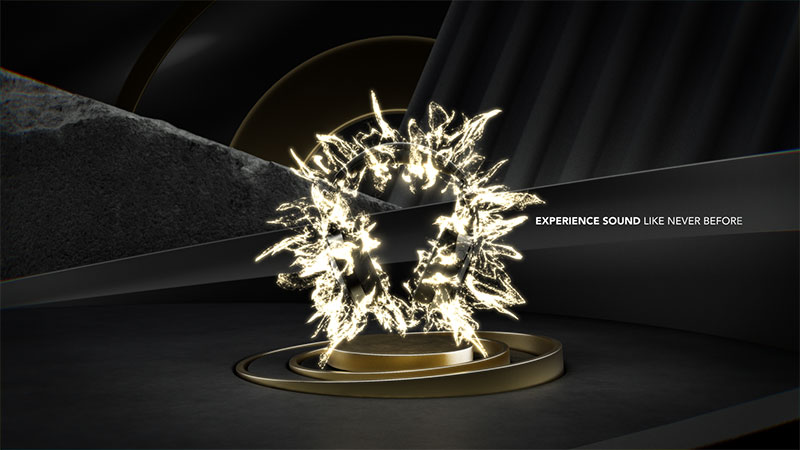 Collaborating with RØDE, The Funktion in Sydney helped create a social media advertising campaign, entered in the AEAF Web/Viral category, for the release of the company’s first foray into professional over-ear studio headphones. The result is a slick, black-on-black photoreal animation created by a small team of 3D artists under the direction of Peter Nizic. It required cloth simulation and particle FX, and careful attention to lighting and compositing to prevent the dark, almost monochromatic scene from losing the viewer. Instead, the campaign video has been a huge hit online. The tools used for the subtle looks and lighting, and flowing animation, are Cinemas 4D, and Houdini rendered in Redshift, plus After Effects. 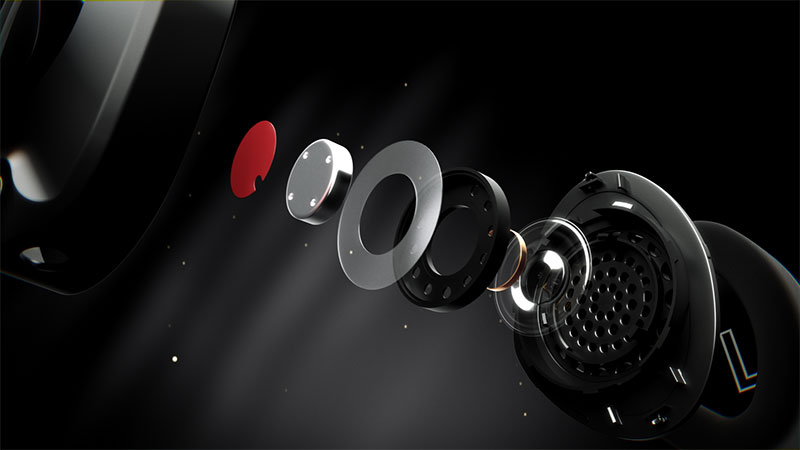 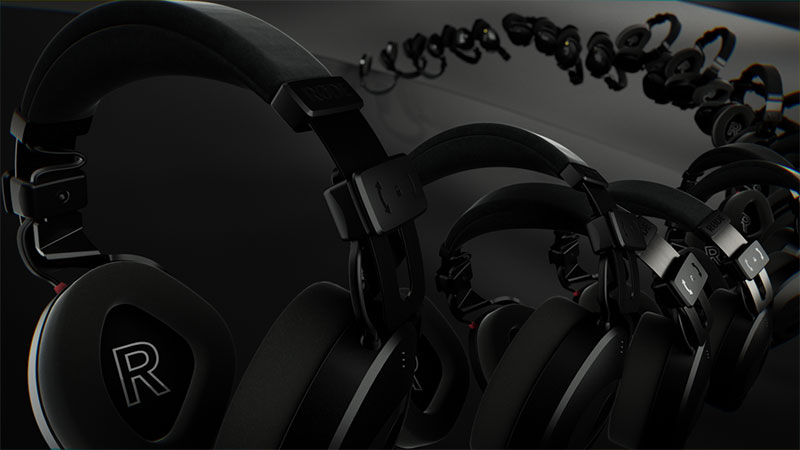