AEAF 2021 Entries Roll Up with Fresh Animation and Motion Graphics 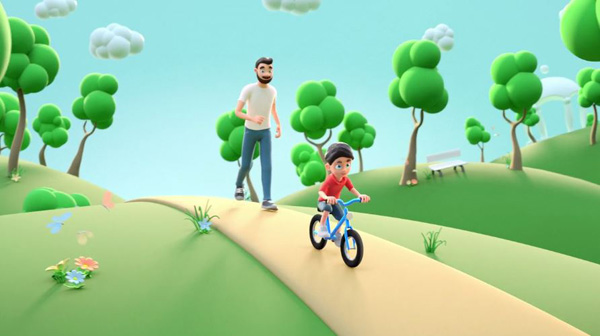 Namoto Films in Munich entered their spot for XPLORA smart watches, ‘Time to Go My Way’, in the Commercials – Animation category, showing how the watches help kids enjoy their first experiences of freedom and leave parents with a feeling of security – and help both to always be connected.

The process of exploring the world was visually defined through two distinct camera styles. The first three scenes are told from the child’s perspective with a handheld camera, a lower point-of-view, slight telephoto lens, less depth-of-field and stronger colours. The child also always heads towards the camera.

As soon as the child is equipped to explore the universe with XPLORA and runs to his friends in scene six, the viewpoint changes into the parents’ perspective. This means calmer movements, higher point-of-view, wide-angle lens and less saturation. The child now moves away from the camera and into the world.

Throughout, the light is bright and friendly with soft nuance and shadows. The project was built with zBrush, Cinema 4D Fusion with the look designed in DaVinci Resolve and Substance Painter. 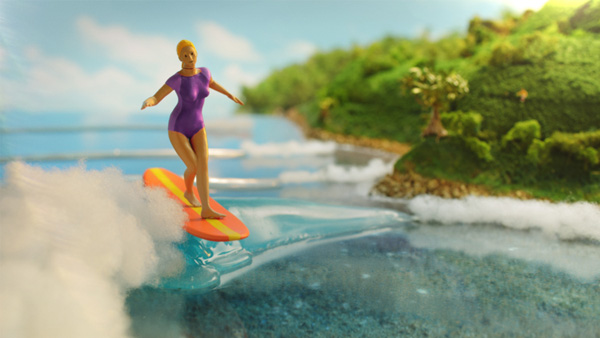 Due to Covid-19, Tourism Noosa had to change focus to a domestic market, specifically, to NSW residents who were still able to travel within Queensland. The challenge was how to appeal to that audience without being able to go out and shoot on location. The result is ‘Enter The Biosphere’, entered in the Web / Viral category by the funktion in Sydney.

The team helped creative agency Paper Moose bring the famous landscapes to life using stop-motion, with expertly crafted miniature landscapes and quirky characters in over 1,500 individually-shot frames. The promotion was designed and finished in Photoshop and After Effects, and produced with Premiere Pro. 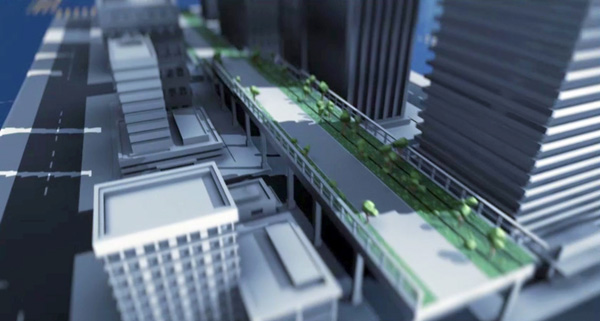 Wildbear Entertainment, working from three locations in Australia, entered a collection of motion graphics and 3D work for several television series, both for Titles & Openers and for use in the show itself. For one of these, ‘How to Build a City’, the Wildbear Design Team created a series of isometric motion graphics and maps that explore how cities function. The show demonstrate that cities are the future of humanity as the only way to accommodate and sustain a global population trending towards ten billion by the turn of the next century. Humans will engage in a building boom that will double the urban area we have today.

Another series, ‘Beyond Our Earth’ takes viewers on a visual journey following humanity’s efforts to understand our place in the universe, overcome space and understand the fabric of the cosmos. 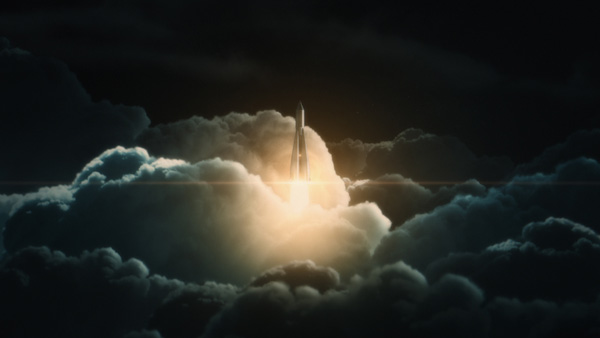 Wildbear created the opener for the show, visually summarising the six-part series and setting the tone for each episode. VFX Animator Josh Parisotto created an elegant animation of a satellite launch and its travels above the beautiful surface of the earth, and also introduces the concept of the orrery as a base for the infographics that appear throughout the program.

Both this work and the animated maps for ‘How to Build a City’ are built and animated in Blender and Cinema 4D, plus After Effects with the Element 3D particle render engine.