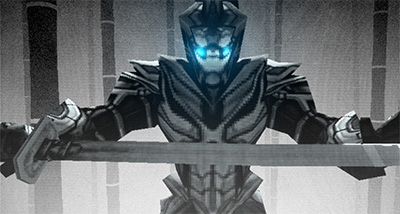 Samurai Unicorn is an expansive multimedia project that utilises a retro-graphical style to evoke the feel of late-era PlayStation 1 games. The project walks the line of cultural relevance to contemporary issues and nostalgia by blending modern cinematic conventions with the low-poly style of early 3D game graphics. The title sequence for the series mashes this style with anime influences to create an action packed opening that hits on multiple levels of nostalgia while teasing the characters and story beats found within the series."