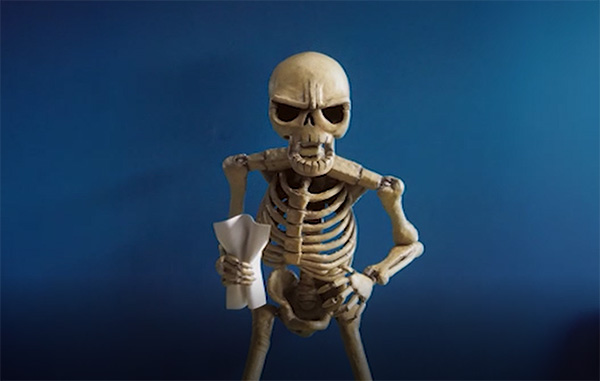 It’s not easy for a movie-star to age – especially when you’re a stop motion animated skeleton monster. Phil, once a terrifying villain of the silver-screen, struggles to find work in modern Hollywood due to being an out-of-date special effect.

Rebooted has screened in competition at festivals including Clermont-Ferrand, Annecy, Austin and Flickerfest. It has been nominated for an AACTA, SPA & ADG award and was the winner of the Best Australian Animation at Flickerfest 2020.