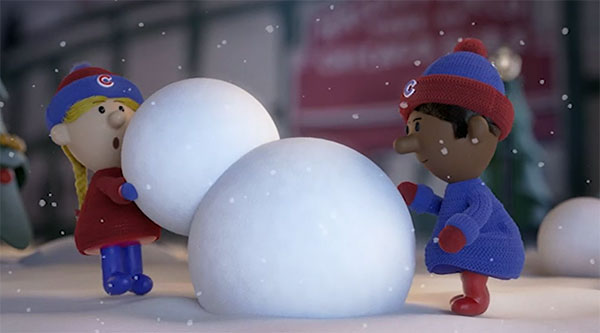 The Chicago Cubs commissioned us to produce some short animated content.. And since it was postseason we decided to pitch the idea of doing an off season holiday greeting card to their fans. After immediately buying into the idea, we jumped right into producing a charming, Rankin/Bass inspired, stop animation piece full of sparkly snow crystals, knit sweaters, and even some caroling in this stop-action film.
Pitching and smashing snowballs, lining up, and swaying in front of a softly lit Wrigley Field at night, the players sing a fresh version of the Holiday Classic, “Oh Christmas Tree,” which we re-wrote as, “Oh Wrigley Field.”