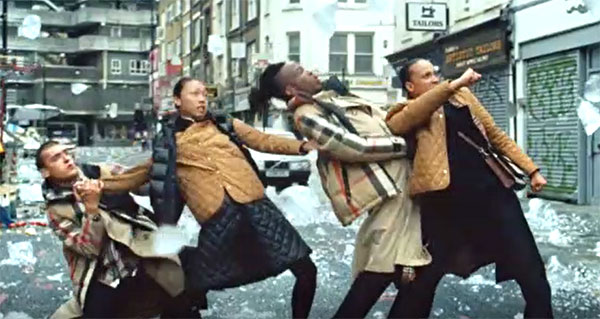 Staying true to the Burberry spirit, the film follows an (impeccably dressed) quartet dance through the streets; each step taken choreographed by renown collective (LA) HORDE and creatively written and imagined by Megaforce through Riff Raff. The new campaign celebrates the brand’s history, as the dancers brave an ice storm, dressed in weatherproof clothing inspired by the founder, Thomas Burberry’s iconic collections.

The unpredictable British weather is exaggerated in an ice-rock scene, brought to life by MPC. The scene begins outside a Turkish grill, before the viewer is taken full throttle into a storm that sees the dancers interacting with the ice. The film concludes as our dancer runs joyfully into the sea, before falling back in ecstasy.