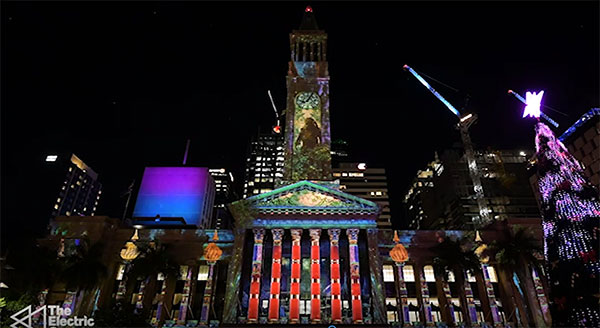 The entire façade and two sides of the clock tower of Brisbane City Hall was transformed with a dazzling display of fantasy and magic for the City's annual Christmas projections. From glistening ice castles to Santa's bustling workshop, the façade of City Hall was architecturally mapped and adorned in a decorative animated spectacle, synced to a custom soundtrack.