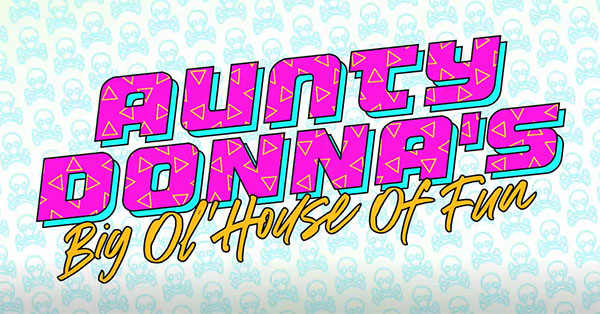 In 2020 our old friends and long time collaborative partners 'Aunty Donna' saw their first foray into the internartional streaming world with a 6 part series on Netflix and they brought Dirty Puppet along for the ride once again.

A vibrant, glitchy 3D character filled opening title sequence was tailored to the theme of each episode including a ‘spooky’ haunted episode variation. Working directly with the Australian sketch comedy group we were given creative a free reign and the energetic, frantic title sequence worked as perfect opening punch to match their comedic style.

The video we have linked is a super cut, splicing together different parts from each of the unique episode title sequences.