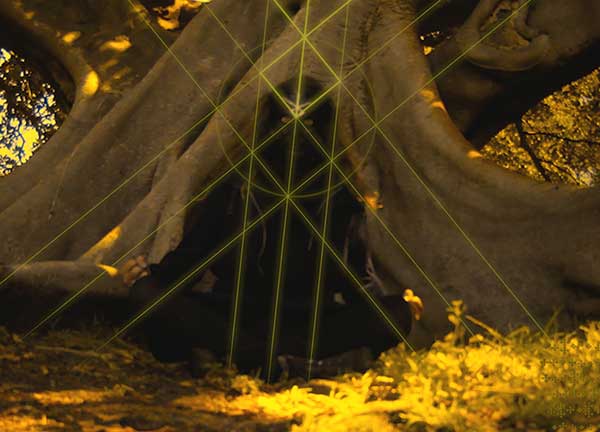 The page you are looking is not published

"The Velmtalia have arrived. They have sent their trackers to source the guardian elder of one of the last remaining sacred truly powerhouse ancestral trees on the planet ..."

This sequence is designed as a stand alone short film vignette as well as forming a sequence for an upcoming full feature film currently in production.

Thematically the sequence looks at our current collective broader sense environmental issues and the knock on impact that we all face and in relation to our inseparable bond with nature.

Drawing from mythology and esoteric lore via literary resources such as the Icelandic Edda's and qualitative principles learned via an authentic lineage of study, the film sequence uses a combination of visual metaphor and more literal nod's to applicable ancestral ritual practices. The archetypal representation of the cosmos as a universal sacred tree (Yggdrasil) and indeed the first human life forms who were considered to have been cut from two tree limbs (Ask & Embla) are explored metaphorically. The shamanic aspect of these ancient lore's including mathematically grounded, phonetic sacred geometric qualitative symbols such as the Orlog (web of destiny) from which all the runic symbols are derived is evoked visually and sonically as the underlying rhythm and beat in this sequence. The shamanic elders via ritual practice considered trees as sacred and some trees were honored as great ancestral trees.

The sequence is shot from a 'trackers' POV (an Alien race have sent their elite mercenaries to track and seek the guardian elder) who are able to see through the veil of our waking state to altered states of consciousness and parallel realms. Symbolically the skeletal forms enmeshed with the tree-roots can be seen as the destructive aspect of soul severance and disassociation from nature.

This film sequence thus explores the ancestral connection to nature in the face of escalating environmental issues and as a remedy in lieu of the collective unconscious fractured egoic and cultural edge of this digital era paradigm we at times feel trapped within.