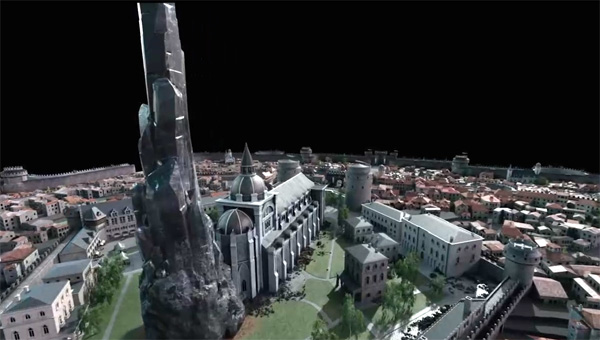 Framestore provided a whole host of VFX for The Witcher including magical and blood effects. Its main role on the show was to help establish the look and feeling of The Continent, the world that The Witcher inhabits with a series of digitally enhanced and fully digital environments. It was responsible for the design of several locations including the dark and gritty city of Cintra and the cliff-side fortress of Aretuza and an Elven stronghold.

To develop the look and feel of the environments, Framestore worked with its internal creative development and art departments, using the production designers’ initial concept art as a starting point. For the three-tiered walled city of Cintra, it developed everything from the layout of the city right down to tiny details like the way tiles are laid on the buildings’ roofs. The CG asset of Cintra was built to showcase the location with an incredible level of detail before the team degraded the asset, essentially destroying it for a huge battle in which it’s attacked by the show’s Nilfgaardian army. ​

The team also designed and built the exterior location of Aretuza and an Elven Keep completely in CG, using these assets and a series of digital matte paintings to both create the series’ beautiful establishing shots and to replace views from interior locations’ windows. It also built a perilous mountain ledge location which live action plates of the series’ actors were composited into for a sequence in which the series’ heroes must traverse the treacherous landscape.