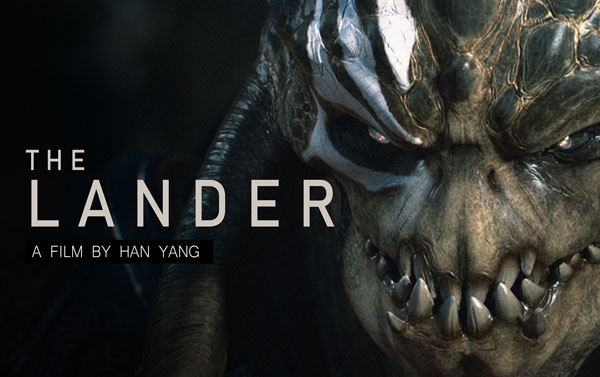 Story:
Lander is a 5 mins sc-ifi action CG short film. The story is about an alien explorer on his mission to a new planet, during his descent into the atmosphere he discovered a spaceship wreckage hidden in the jungle. Landed not far away from the crash site, he had to go through a dense forest where wild predator creatures have him already surrounded…..