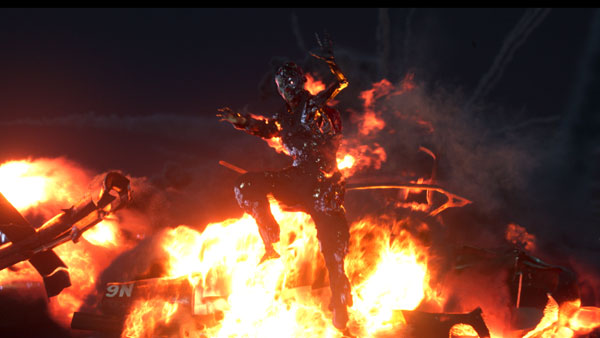 A young female Mexican worker, Dani Ramos, is hunted down by a virtually indestructible terminator from the future called a REV-9. However, she is protected by an enhanced human named Grace who is also from the future. They flee from the unstoppable terminator and out of the blue Sarah Connor helps them on the road. All three head to Laredo, Texas, where Grace has the coordinates of a possible support and where they meet a T-800 who is living in an isolated location with his family. The group teams up to try to destroy the REV-9.