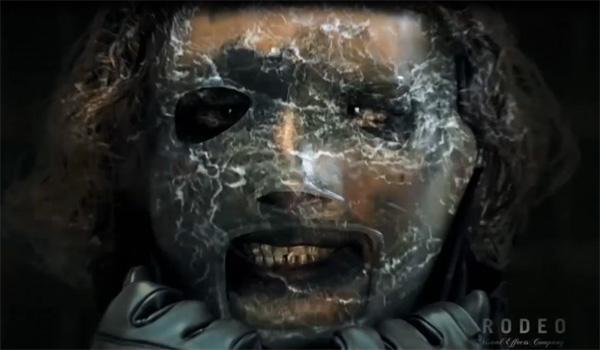 Our advertising department teamed up with legendary band, Slipknot, to produce the visual effects and colour grading of the video for their single

‘Unsainted’. The clip was directed by the band’s percussionist, Shawn Crahan aka ‘Clown’ with the collaboration of our on-set team, present during the shooting.

Originally commissioned to create 9 vignettes of the new masks of the group and the final sequence of the Mausoleum, our mandate grew during the production and we developed the visuals for the entire clip. We also enhanced the ‘double exposure’ effect of each member of the group wearing their new masks to give them an almost hallucinogenic look.

From 3D scans of group members, we created CG marble statues with their effigy, to create an epic final sequence.