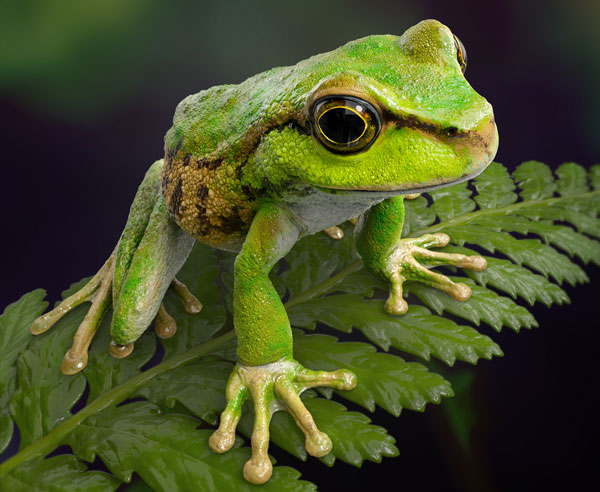 Cadbury’s ‘Save Freddo’ campaign was developed to support key conservation programs for 9 of the most under threat frog species in Australia and New Zealand.

Cadre’s role was to create 9 highly detailed 3D frogs for product packaging, large format out of home prints, social media and launch animations, plus a low-res game version was developed for the AR experience to educate children on the plight of the frogs.

The AR app would allow the user to select any of the frogs, which appear in front of them demonstrating how each species moves, and how to recognise their unique sounds.

Finding good reference for frogs with such low population numbers was a challenge, but working in tandem with frog experts our team of natural world enthusiasts painstakingly sculpted, painted and animated faithful representations of these beautiful amphibians. Environment props were also developed in 3D, recreating the habitat of each species.

Overall the level of detail in the 3D print assets was some of the highest the Cadre team have created, with the experts providing each CG frog their seal of approval. The campaign will hopefully raise awareness of the frogs and their fight for survival.

To see more of CADRE’s work visit: https://www.instagram.com/cadrepictures
or http://www.cadrepictures.com.au