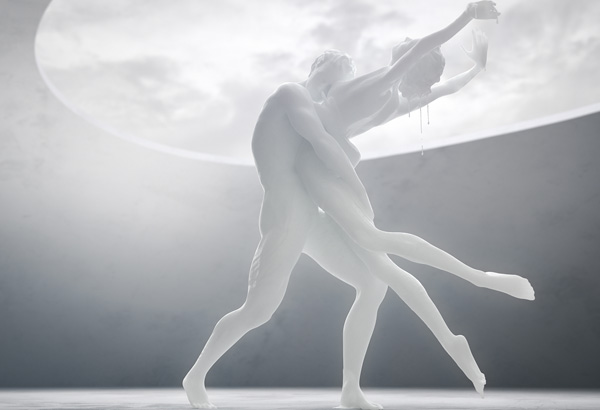 The figures of the dancers are being revealed step by step as the music flows, recreating human emotions using the flow of the fluid.
The minimalistic background and lack of colors emphasize the surrealistic action, sustained by contemporary music.