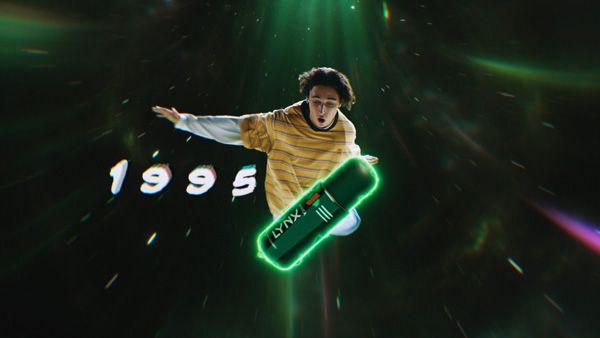 The spot takes a journey from a typical UK school in 1995 and follows a fantastical game of cat and mouse as a lovesick teen chasing after the only thing that he believes will get him the girl of his dreams, his can of Lynx Africa. Unfortunately for him the can has other ideas, springing to life and magically opening a portal or ‘Strunnel’ into another realm which entices him into a journey through time where he sees the full power of the Lynx effect. Their epic journey sees Lynx Africa bringing people together from 90’s ravers to noughties gamers to emoji obsessed teens, finally popping out in 2020 where Lynx Africa has the final word.