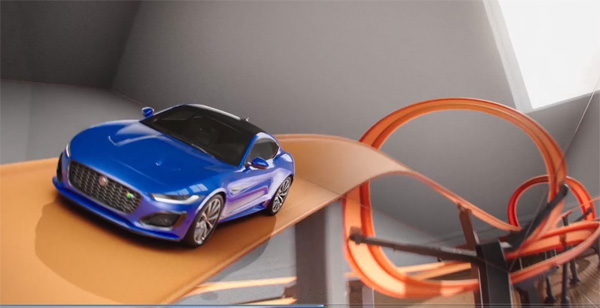 The social media-led films place the new Jaguar F-TYPE in a completely CG studio environment with LED screens that play out different scenarios to highlight its features; racing alongside galloping horses, leaping off a ski jumper or showing off its handling on a Hot Wheels track. The visuals of the film were done completely with CG and a few live action elements were added to enhance the films’ visuals, and bring the creative to life.