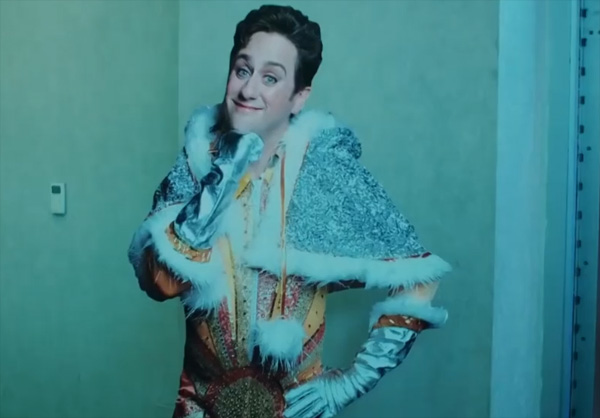 Synopsis:
A surly cop-turned-deadbeat-hitman partners with his daughter’s imaginary friend, a small, relentlessly positive, imaginary winged horse named Happy. In a bizarre, adrenaline/drug fuelled turn of events, they embark together on a murderous adventure to rescue her from kidnappers.

- What were the main tools in your pipeline? Did your pipeline take advantage of them in special ways? Have you used proprietary software?

The main tools we used were Houdini, Maya and Nuke. Deeper within our pipeline we relied on cryptomatte for ID passes and a custom light rig to hit the ground running on new sequences. We also for the first time employed new shot sculpting tool “Mush3D” for any post animation fixes and finesse. The groom was semi dynamic in areas using Maya spring nodes, then we used our bespoke CFX pipeline to add any full skin and fur dynamics that were required. One of the most overlooked was a timesaving and flexible tool we wrote as the project kicked off was a clever gizmo in Nuke which allowed us to add a custom “cute” glint to a character's eyes in post, using just eyeball geometry, UV pass, and position pass. This meant we could defer the placement of this precise highlight to compositing and new 3D renders could continue to roll out for upcoming shots.

- How much time did you devote to the project?

Around 7 months from start to finish across 900 shots. Pre-production was 3 months just for concepting and developing the characters from the page to the screen, along with pipeline development.

Since this was the second season of Happy! the time spent developing the character actually began with the first season. Grant Hewlett, one of our VFX Supervisor’s, spent around two months with Director Brian Taylor to finesse the final 3D design of Happy. The process of developing Happy from 2D comic book form leveraged our Art department initially. Once this drawn exploration of character was complete we moved into 3D exploration with digital sculpts and then into fur groom styling.
Axis was responsible for developing concepts, animation and final rendering, ensuring that Happy, despite his cartoonish appearance, felt like a photoreal and believable addition to the show’s world.

- What was challenging, easy, surprising, fun? What did you learn?

A lot of the challenges were to do with interaction. Eyelines, contact, focus, all came into play while trying to act alongside an invisible character. We were constantly surprised by the ambition and bizarre content of the script. Some of the characters and scenarios would present themselves as conceptual or technical challenges. We learnt that having a 3D printed scale model of our main CG characters on location proved invaluable for framing, and gave us an idea of how to act out using the space in the shot. Our LIDAR scanner was also employed on every sequence to get precise info about the survey of the set in camera tracking and lighting.

- Have you achieved something groundbreaking in this project that you want us to know about? What has been done for the first time?

For us, having developed a streamlined live action/CG character pipeline was pretty massive. This was the first time we have delivered such a huge shot count in such a tight turnaround, so without that investment we would not have been able to deliver. Also this project represents one of the most high quality “cartoon in live action” TV shows to have been released in recent years. With a nod to roger rabbit, we have always stayed true to the original pages of the graphic novel, and helped create a cult classic that pushes the envelope of what stylized photoreal CG cartoon characters on television can feel like today.

Linux for VFX/lighting/comp
Windows for Animation