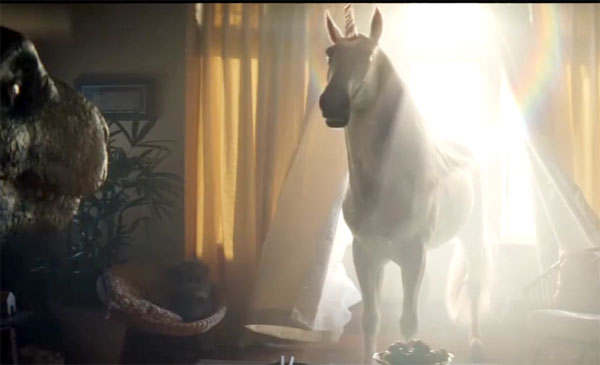 In a mystical clash of fantasy and reality, DDB New Zealand teamed up with AA Insurance, Good Oil Films and Alt.vfx to create a campaign that moved away from feeding the insurance fear.
The debut spot – which picked up Gold and Silver at the AXIS Awards in New Zealand - follows a juvenile T-rex as she stalks her otherworldly unicorn prey around a family home. Bumping and bashing about, the playful chase narrowly misses precious objects. Towards the end of the spot, the two characters reveal their true identity… a father and daughter living out a fantasy, embodying the idea of Living a Little Freer thanks to AA Insurance.