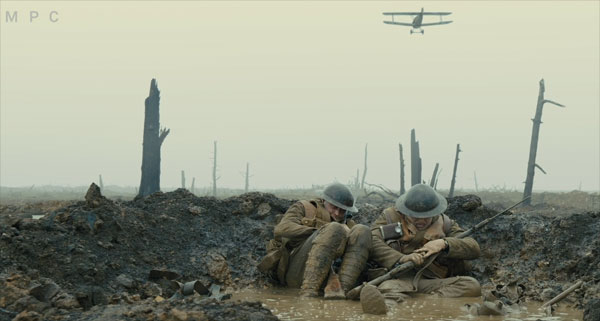 MPC Film was proud to lead the visual-effects work on 1917, with approximately 600 artists contributing to the film, which was shot almost entirely outdoors on locations around the United Kingdom.
In this immersive cinematic experience, Mendes thrusts the audience into the immediate peril and vast scale of World War I, witnessing the conflict in an urgent and propulsive way. The film is told in real time and plays as one continuous shot. To execute Mendes’ groundbreaking, innovative vision required intensive planning and collaboration across multiple departments, in particular camera, production design, sound, special effects and visual effects.